For those who are interested, Steve and I are using our real names in the blog, but the kids have names I chose.  People always say  that we have a small army or a basketball team.  Given the criminal nature of some professional basketball players, I thought I would give them military-inspired aliases (’cause it’s fun).  Alpha, Bravo, Charlie, Delta, and Echo didn’t really work for me, except for Charlie.  This name totally fits my Charlie in feel, and, BONUS, he liked it too.

My oldest son is 18 years old and a Freshman in college.  He is a huge sports fan and plays soccer and does sports radio and TV spots at his school. he is also a staff writer for sports on his college newspaper. Ace looks like my husband and acts like me. He can make friends with a light bulb.  He is funny, impetuous, and confounding. He is also the first in all of it, for good or ill, so Ace seemed like a great pseudonym for him.

Biddie’s name came to me, because my husband’s family is Polish.  They used this nickname  for his sister when she was younger, because she was small but mighty.  That’s our Biddie. Seventeen years old, smart, creative, funny, and athletic, Biddie is everything I wish I was at her age.

Charlie is 15 years old, loves soccer, Comic Books, and hats. He just started playing lacrosse so we will see how that goes. I swear that he is either going to be the Frat President in college or its mascot. The kid is slightly cracked, but in the best possible way. Everybody loves him. One of the nicest compliments a teacher gave us about him was that of the 24 kids in his class, twenty-three of them considered him one of their best friends. He is our soft, sweet center.

Deacon was the one I had the hardest time renaming. His actual name is soooo perfectly him that it was hard to imagine him or referring to him any other way. I wanted to at least try to keep the ABCDE military idea going, so finding a D name made it even harder. I heard Deacon in a movie, and it just felt right. Deacon is 12 years old and loves to build LEGOs, play soccer, and do science and art projects. At home, we sometimes call him The Hammer, because he has singular focus and knows what he wants. He is also the Honda of children. Honestly, when teendom comes for him, it will be a hard day for us.

Eddie was Steve’s idea. Eddie is a total Momma’s boy. My husband implied that his obsession might be a little more than your average bear (do you see where we are going with this? Oedipal Complex?).  Anyway, it cracked me up when he said it, it totally fits Eddie’s personality, and reminds me of my ornery grandfather of the same name. Eddie is 8 years old and loves Star Wars, stealing the iPad2 from his siblings, books, and hiking. He is stubborn, smart, and adorable—a deadly combo.

Last, but never least, is my husband of 20 years, Steve. When I told him that I was going to use military-inspired aliases and I thought that I might call him The Colonel (you know, because I am The General), he said, “I feel more like The Corporal.”  He makes me laugh most days, and he is the most patient, kind person I have ever known. He’s the best.  You are just going to have to trust me on this one.

That’s the nutshell version of us so far. Please read our blog to get to know us better.

One thought on “Erin’s Army”

Subscribe and our new posts will appear in your inbox! Just the posts and NOTHING but the posts. No spam! We promise!

Listen to our podcast! 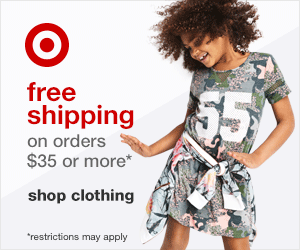 We took the stage!

Sponsors in the house! Woot!

Grab Our Button. We said button.